Fund managers are often named as parties to suits related to their portfolio companies. Post-closing of a merger and acquisition transaction is one place where that risk is easy to avoid — here is why.

Most seasoned fund managers know it’s only a matter of time before they get dragged into litigation over something. Much of the litigation risk relates to sales of their portfolio companies.

In most cases, the fund or one of its partners who is designated as the shareholder representative in the merger agreement is named a litigant because of an issue internal to the portfolio company that comes to light in the post-closing period rather than an allegation that a fund has engaged in wrongdoing itself. Even litigation where the fund manager did nothing wrong will result in considerable time and upfront expense that distracts from the fund manager’s primary goal: making and managing investments.

In the short term, getting sucked into litigation is tedious, stressful and a significant distraction from the core business. Long-term relationships with potential buyers in future deals can be permanently damaged if the investor is an adverse party in bitter or contentious litigation. Relationships with co-investor funds suffer if there is disagreement about how to conduct the dispute. And a lawsuit is the last thing any fund wants at the top of its Google results.

Fortunately there is no reason for a fund to be named in the vast majority of M&A post-closing lawsuits. Appointing an outside designated shareholder representative should prevent funds or other investors from being sued (absent specific facts directed at the investor). As discussed below, this can have significant benefits for fund managers or any other investor.

In Mercury Systems Inc. v. Shareholder Representative Services LLC et al.,1 the buyer in the underlying M&A transaction attempted to include all the selling stockholders as parties in a defendant class action suit. The inclusion of those stockholders as parties to the litigation would have exposed individual stockholders to burdensome discovery obligations and added expensive complexity to the case.

Shareholder Representative Services LLC, as the sole representative appointed for all sellers in the merger agreement, opposed the inclusion of the stockholders, arguing that SRS was the only proper defendant. The court agreed and swiftly dismissed the cases against all defendants other than SRS, calling “the common practice of appointing a shareholder representative … a helpful mechanism for resolving post-closing disputes efficiently and quickly.”2 The result is that each of the funds that were stockholders were able to get this off their plate quickly and eliminate any ongoing burdens and risks of the litigation.

SRS defeated the class certification without personally involving any of the selling shareholders or subjecting them to pointless discovery. If one of the major shareholders had agreed to be the representative, it would have been stuck with proceeding with the litigation.

While most shareholders would like to shed the risks of being the representative, they are sometimes reluctant to do so because they do not want to give up control of the post-closing process or any material issues that may arise. Most merger agreements will require that whichever party is appointed the representative should have very broad authority because the buyer will want certainty that party has the power to take action with respect to any post-closing matters.

The court suspected that the selling stockholders were playing games with the process, rejected the preferred stockholders’ attempt to put forward an unofficial stockholder representative, and dismissed the case. As a result of the tug of war between stockholder groups, the sellers suffered an embarrassing and expensive defeat.

A single professional representative acting on behalf of both groups of seller stockholders would have both prevented dismissal and the common and preferred holders from spending considerable amounts in legal fees working at cross-purposes.

Any issues between common and preferred shareholders could have been resolved before any dirty laundry was aired in public. In fact, much of a representative’s role is coordinating the desires of the various sellers into one joint response — which is impossible if there is more than one representative.

We have seen both venture-backed and private equity deals go sideways where multiple representatives created confusion among shareholder groups. Such deals, like in Errico, commonly result in a prisoners’ dilemma that costs everyone time and money.

In addition to only having one representative, it is also highly advantageous to make sure that representative has exclusive authority to act. This prevents individual shareholders from going rogue later on.

In Bailey v. Astra Tech Inc.,4 Bailey was the majority shareholder in Atlantis, a company acquired by Astra Tech in 2007. He also served as the shareholder agent, and in that role, sued Astra Tech to seek release of the escrow after it was held up due to an underlying intellectual property dispute. When Astra Tech was sued, it counter-claimed and added a number of other individual Atlantis shareholders as individual counter-defendants.

Dissatisfied with Bailey’s handling of the suit, the named individual shareholders settled with Astra Tech directly in order to have their portion of the escrow released, minus the amounts paid to Astra Tech. The court permitted both naming the individuals as counter-defendants and direct settlements because the individual shareholders had not given Bailey exclusive rights to manage their post-closing affairs. The upshot is that the selling shareholders were divided and unable to coordinate their defense, likely resulting in a much worse result than if they maintained a united front.

Because the Bailey shareholders did not stay united in their defense, litigation crumbled. An exclusive representative prevents such infighting and ensures the best defense for all shareholders.

The points above show why a single and exclusive representative is important, but getting different classes of shareholders to go along is easier said than done. Different shareholder groups, such as preferred/common or majority/minority, have very different goals. This can lead to an unfounded — though understandable — belief by the other sellers that a fund manager will not act in the best interests of the entire group if the sellers get into litigation. This was the case in Bailey.

Further, even if the other sellers are not worried about bias, there is the very real possibility that a complicated issue would arise for which an investor is simply not equipped to handle. For the same reasons shareholders would not hire a tax attorney to litigate their asbestos case, they may have concerns about a shareholder negotiating a complex tax matter.

Retention of a professional shareholder representative is increasingly important to funds and individuals for a number of strategic reasons. Obviously, nobody wants to be a party to a lawsuit if they can avoid it. It can be time-consuming and stressful.

In addition, most funds have a strong desire to avoid being named an adverse party to a strategic or financial buyer they might see again on future deals. Moreover, funds have strong incentive to avoid conflicts with minority stockholders, management of the target company or frequent co-investors over how to manage disputes.

Avoiding both kinds of conflict is increasingly important as funds become more specialized and the universe of buyers narrows. Finally, most funds prefer to avoid having to disclose any litigation when it comes time for fundraising. A single, exclusive and independent shareholder representative is an easy way to avoid these risks. 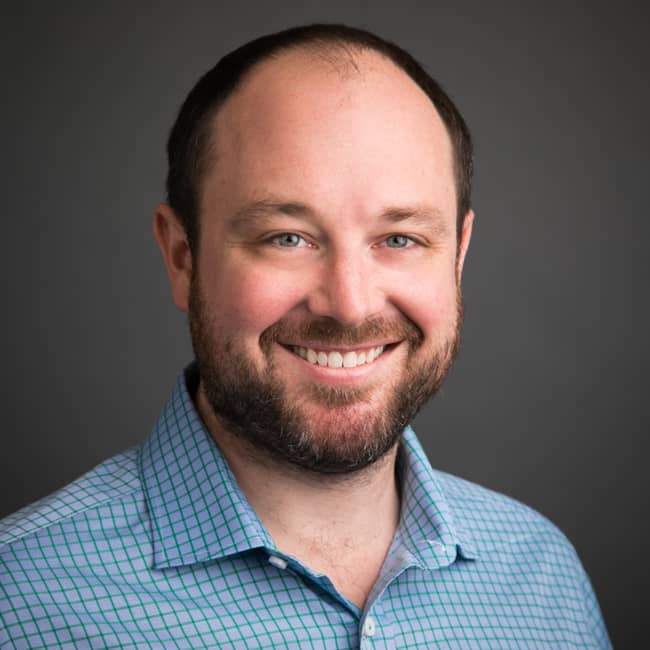 Casey is a Managing Director at SRS Acquiom and leads the Professional Services group. His team of lawyers, accountants, and other professionals is responsible for managing post-closing escrow claims, earnouts, working capital, tax, and other disputes on behalf of the company’s clients, post-closing distribution of merger proceeds, and other activities related to serving as the shareholder representative. While at SRS Acquiom, Casey has represented shareholders’ interests on hundreds of deals, including defending claims up to $400 million and administering life sciences deals with as much as $1 billion in contingent consideration.