Structuring an effective approach to the dispute resolution provisions in an acquisition agreement requires an awareness of the risks and rewards of the various alternatives. This article examines some of the key considerations that deal parties should consider when determining how disputes should be resolved under their acquisition agreement, whether through arbitration, litigation or otherwise.

M&A Arbitration: It May Be More Costly Than You May Think

In many ways, arbitration may seem like a more efficient and less expensive way to settle M&A transaction disputes than litigation. But for merger parties, choosing arbitration can pose risks, specifically that limitations on discovery in arbitrations may compromise their ability to enforce their rights under the M&A contract, and ultimately prove costly in the long run.

A court-based litigation process can be considerably more difficult and expensive than arbitration, which is one of the main reasons parties in M&A transactions often require that post-closing disputes be settled through private binding arbitration. According to the SRS Acquiom 2020 M&A Deal Terms Study, approximately one-fifth of recent deals include an alternative dispute resolution provision, primarily in the form of binding arbitration.

In SRS Acquiom’s experience, however, even when arbitration does prove cheaper and faster, one major drawback is the fact that the discovery process can sometimes be too streamlined. For example, one of the biggest advantages a buyer company has in a post-closing dispute proceeding is access to information that the seller parties do not have. Once an acquisition closes, subject to any limited exceptions the parties may negotiate in the M&A contract, all of the books, records and employees of the selling company become part of the buyer. That means that the only way seller parties can access information about anything that occurs after a deal closes –and sometimes even before the closing– is through discovery. And since information held by a buyer can be critical in cases based heavily on facts-and-circumstances, such as a dispute over whether a buyer fulfilled its obligation to use commercially reasonable efforts to achieve post-closing milestones, limiting the discovery process can be the equivalent of making it all but impossible for one of the merger parties to prove its case.

Of course, the parties to an arbitration could agree to allow more extensive discovery, but getting such an agreement is not guaranteed, particularly once a dispute has crystallized and it becomes clear which party would benefit from more discovery, and which would benefit from less. In such situations where there is opposition from one party, arbitrators are likely to prevent significant expansion of discovery.

On the other hand, merger parties need to be cautious of not allowing the discovery process to be overly broad in cases where they fear that the other side could use the legal process to wear them down and exhaust the often-limited financial resources at their disposal.

What all this means for merger parties is that it is critical to evaluate each deal on its own terms and to understand that arbitration is not a “one size fits all” solution for every potential dispute. While it is good to control discovery whenever possible, since it is usually the biggest cause of delays and added expenses, it is important to consider all the options to choose the appropriate requirements for each case. In certain situations, the pain and costs associated with litigation or an extended discovery process can result in a fairer process for the merger parties.

The SRS Acquiom 2020 M&A Deal Terms Study found that 90% of deals in 2019 included some sort of post-closing purchase price adjustment, typically based on a combination of the seller company’s working capital, cash, debt and transaction expenses. In the majority of such deals, any dispute over the purchase price adjustment is referred to the independent accounting firm that was agreed upon and named as the chosen arbitrator within the acquisition agreement. Since the arbitrator has already been named, it would seem that the arbitration process would be relatively simple and straightforward. In reality, however, SRS Acquiom has found that implementing arbitration with an accounting firm is often a difficult and time-consuming process.

Regardless of what has been laid out in the acquisition agreement, when instances arise that require arbitration, the parties involved in a dispute may look at conflicts of interest, or the mere perception of conflicts, quite differently than they do at the time deal agreements are being drawn up and the idea of needing arbitration is merely hypothetical.

While there is no doubt that most accounting arbitrators are respectable and professional, in the heat of a dispute it is not uncommon for one of the parties involved to suggest that a potential arbitrator might be inclined to give preferential treatment to the opposition if the other party is a major entity that the accounting firm could potentially get business from on future deals. In cases where the accounting firm identified in the acquisition agreements has been unable to serve as arbitrator, we have seen it take months to identify a satisfactory replacement firm.

The key to avoiding such delays is flushing out any potential conflicts before a proposed arbitrator is named in the acquisition agreement. Typically, an accounting firm can run a conflict check in a matter of days. If confidentiality is a concern, the parties can identify an arbitrator in between signing and closing a deal.

The parties also might consider adding a covenant that neither side will take any action after closing that will create a conflict with the agreed upon accounting firm prior to the resolution of the working capital adjustment. Since the parties will generally know within a few months whether there will be a working capital dispute, it generally would not be overly burdensome to agree to refrain from engaging the applicable accounting firm within that period. If any party were to violate this covenant, the agreement could say that it would be responsible for the expenses associated with identifying and engaging a replacement firm.

While it may seem like just another thing for busy M&A lawyers to have to deal with at the close of a deal, ensuring that there are no current conflict issues, and that no new ones will be created after closing, with the accounting arbitrator the parties in a deal have selected to settle a purchase price adjustment dispute can eliminate potential delays and heartache down the road. Jump on any conflict issues early to make sure resolution of your dispute is not unnecessarily delayed.

Beyond resource and conflict matters that may surprise M&A deal parties as they embark on an arbitration proceeding, additional factors need to be considered to determine how to structure the dispute resolution provisions in an acquisition agreement. The right to appeal, cost considerations, and the role of arbitrators can all contribute to unexpected results for participants on both sides of an M&A transaction.

How each of these factors cuts from a party’s perspective may very well depend on whether they won or lost. With that said, we still advise parties to carefully assess each issue to determine if the potential consequences are acceptable when finalizing the acquisition agreement.

Right to Appeal
When deal participants agree to binding arbitration, they usually give up the right to the appeal process that is available to the parties in a court proceeding. For the side that wins, no appeal is an attractive benefit. For the losing side, even if the decision seems grossly unfair, they will have little or no ability to challenge the decision. Therefore, it is paramount that deal parties consider if they can live with the possibility of not being able to appeal a decision with which they disagree.

Costs
In addition to the lawyers and experts that expect payment in connection with a proceeding, the arbitrators also expect to be paid, and their fees can contribute to escalated costs. Depending on how the arbitration is structured, the cost can be higher than expected. For instance, hiring a high profile arbitrator, requiring a panel of three arbitrators, or dealing with highly technical issues that demand research by the arbitrators can cause an arbitrator’s fees to add up quickly. Accounting arbitration done by a major accounting firm can also be very expensive compared to other types of arbitration. In
SRS Acquiom’s experience, we’ve seen arbitration costs amount to hundreds of thousands of dollars. Furthermore, to benefit the winning party, many arbitration agreements provide for shifting of the arbitration fees onto the losing party. Put together, this is a part of the cost equation that the parties will want to consider as they finalize their deal.

Law vs. Equity
A perception exists that courts and arbitrators take different approaches when it comes to making decisions. The assumption is that arbitrators are more likely to try to do “the right thing,” whereas courts hew more closely to “the law.” Whether the stereotype is true or not, parties should consider the potential impact of this perception when deciphering the issues relevant to their deal.

While many people may think that arbitration can be a “one size fits all” solution for M&A contract negotiation, the reality is not so simple. Arbitration and litigation both have an important place in the world of dispute resolution. M&A deal parties should consider the full range of issues to determine the best means to resolve any potential disputes that may arise. 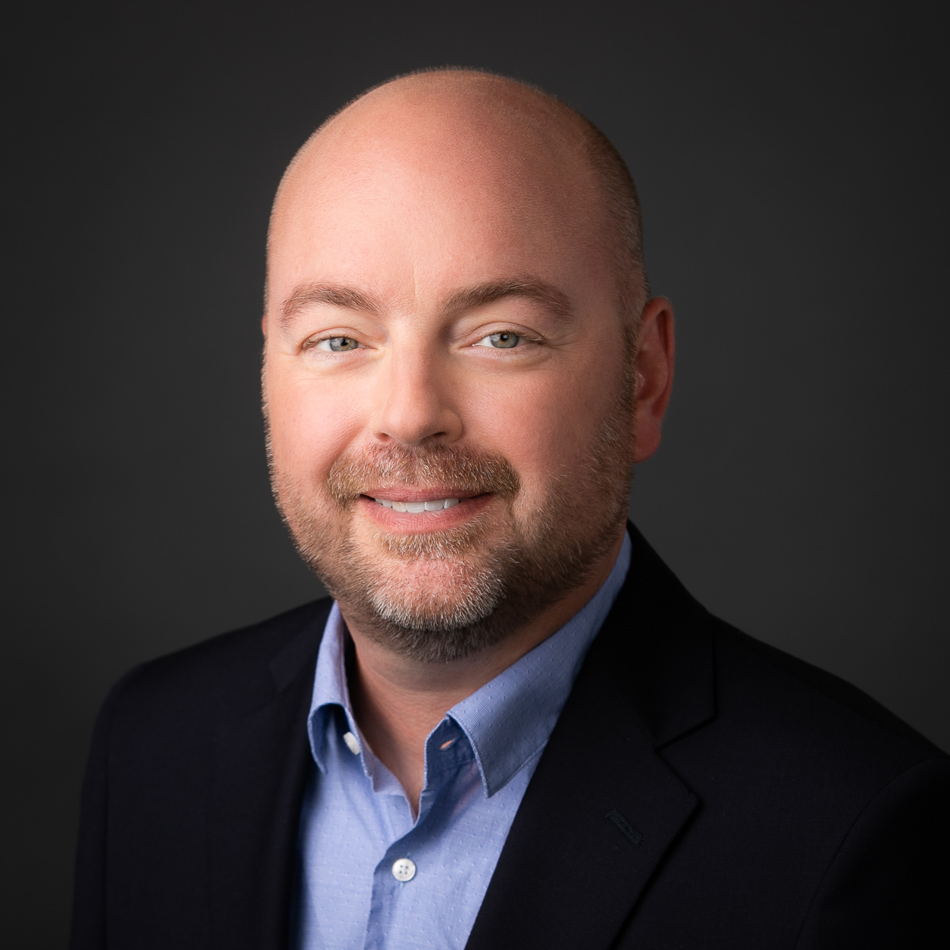 Chris is the Managing Director, Escrow & Payment Solutions and Deputy COO. In this capacity, Chris manages our relationship manager, relationship associate, and deal intake teams, and works to ensure that our clients are able to navigate the closing and post-closing escrow and payments process as easily as possible.